I saw her first on social media around 2013. She was tall, dark with sculpted features, exuding a blend of beauty, power, elegance, and strength that was rare. I was intrigued enough to research more about her. During the following years, united with the common goal of crusading against discriminations and being the voice for the voiceless, she turned into a dear friend. This August I attended her social wedding, the first transgender wedding in Kolkata.

My friend Tista Das, is an Actor, an Animal, and a Human Rights Activist, a vocal proponent of transsexual rights. And also happens to be the first Transsexual woman who got married through a social celebration, with another transman Dipan Chakraborty, in West Bengal ( India ), surrounded by friends and family. Her wedding celebrations were no different than the weddings of a heteronormative society that follows a gender binary. It was a wedding full of love, happiness, and hope for a beautiful new beginning. Apparently, what may seem like a simple story of a beautiful relation culminating into a marriage, the union wasn’t so simple after all.

Tista was born a man with the soul of a woman.

It was a never-ending struggle for her, to get to this day of her nuptial bliss and she had to fight relentlessly against social stigmas. Diagnosed with gender dysphoria in early childhood, she was put under psychiatric surveillance at the tender age of 10 and was made to undergo 6 sessions of electroconvulsive therapy, which is usually administered to schizophrenic patients, with the hope that the woman in her would bite the dust. She was denied admission to college. She was asked to leave home when her parents were made the victim of constant ridicule of the society.

Boys in the neighborhood would joke about and laugh at her and would try to pull at her clothes. Once when she needed to make an F.I.R against an attempted assault at her, the police would refuse to lodge the complaint. For a sizeable part of her early life, she had to shift from one hostel to another, yet had enough grit and courage to finish her education.

Upon landing a job as a marketing executive of a reputed company, she was also harassed by her colleague, who asked her to collect dues from difficult clients, by exhibiting “eunuch-like qualities”, suggesting, it must come naturally to her(!)

The only thing she ever wanted to be the right to be herself, nor to be forced to deny or repress her feelings, to have the right to live her own life, to be responsible, to be at ease with herself. Nothing more. From there, and after all these years of efforts and struggles to become herself, she has come a long way to being the first Transgender woman with a voter I.d card in Bengal. On her birthday, in 2004, she underwent sex-reassignment surgery. Eventually, it was her close kin, her father, mother, and a relative, who donated the 4 units of blood during the surgery. When transhumance undergoes bodily change, the whole family transitions with them and the real challenging battle takes place in their everyday life.

The idea or notion of gender is hostile to the notion of freedom in our society.

The trans issue is not just about the body …the society is by and large insulting. Society expects certain things from men and certain others from women and if we stray we become marginalized in society. Conservative remarks, such as, “no one can go against the flow of nature”, are thrust down upon individuals.

Gender stereotyping is very common, and black and white thinking dominating so much of society as a whole, forces narrow-mindedness upon many individuals. Gender nonconformists are treated as a “disease”, by individuals propounding oppressive and toxic rigid binary ideologies. The fact that your gender might not be the most important part of your identity is an uncomfortable idea for a great many people.

The emotional journey people go through when they transition and the tremendous physical, financial, social, emotional cost. To achieve her identity as a woman was a battle. A battle that someone like me who forms a part of an overwhelming cisgender society may not ever be able to fully comprehend perhaps, yet being a human, it pained me immensely. Through Tista, I met her love, Dipan, from Assam, a year ago. Dipan was a work in progress.

A Transmasculine in metamorphosis.

Dipan loved the barest hint of stubble. His cheeks were scarred with acne. Its the hormone pills, he said. He was scared of facing people. Of curious people posing indignifying queries, like, what do his sexual organs look like or if he still menstruates. He was misread, misrepresented, or forced. He lost his earlier job. Once he decided to undergo a sex reassignment procedure, there was tension in the household that resulted finally to non-acceptance, to him becoming estranged from his family. There was external social pressure coupled with an internal identity crisis. In his darkest hours he met Tista, he said, in the same clinic where he was to have his surgery.

The nebulosity of transition was confusing for him .. the experience wrote on his body cannot even barely express what his mind went through. It is illegible, it is unexternalized. Post-surgery he would lie on his bed, and keep looking at Tista’s photographs several times a day.

In his journey from a woman to being a man his interpersonal relationships, emotion, perception of love have also gone through a transformation. Transitioning surgeries doesn’t give a perfect body. Yet he loved who he is and his soul, and it felt more and more like his outside was meeting his inside. The LGBTQ community have been brutally treated by society and have lived in the fringes. They are constantly denied rights of existence. A good number of them attempt suicide.

The stigma around them leads to the disenfranchised trans people being murdered or harassed, unable to find work, access to health care, or even bathrooms. Mass media portrayals of trans people are all of the fetishized jokes, prostitutes, drug addicts. For a trans individual, it was then— and still is — about attaining the right to own one’s own life and identity.

At the end of the day, all of us are normal human beings wanting happiness and love. Irrespective of their race, body type, age, gender this is who we are. Tista knew, if she didn’t go public, she can’t expect the society to understand this. If everyone is open about it..people will be more empathetic and less quick to pass judgment. Tista and Dipan’s, the first-ever rainbow wedding is not a trans narrative. It is a human narrative and being trans is not all of who they are, its a small yet significant part about them.

Much more than the celebration of their love, for Tista, her wedding was a political and ideological stand for her, a remarkable achievement for a long-persecuted community. Feelings do not have genders. Tista and Dipan’s marriage is more than what their bodies tell.. theirs is a union of love and of liberty.

For social non-conformists like Tista and Dipan, marriage is something that they were against as it takes their identity away…However, it became an instrument in affirming their identity as a woman, and a man, as people and as social beings.

There were people I met at their wedding. Other Transexuals. With dreams, their own moments of joy and happiness. With every person I met, I felt unbelievably humbled n inspired by the emotional truth of my subjects. Not everyone had access to surgery or hormone therapy. Their gender identity was fluid, malleable with makeup applied like warpaint. Someone, my age, told me about her shaving foam routine in a desperate attempt, to retain her femininity because she cannot afford the surgery yet.

All of them have struggled significantly… and I wanted these images to be affirmative images of their lives, personality, honesty, humor, beauty, vulnerability, strength. Everyone needed to be featured in a way that truly reflects them. So I had a deep sense of responsibility in terms of telling their stories in a very authentic way. Because there has to be a deep-rooted reason why it became inevitable for them to undertake this journey. These photos needed to have far less focus on gender and more on the person’s identity.
I wanted a shift in the conversation from,
“What does your Gender allow you to do?”
to
“What can you do as a Human?”

My friends Tista and Dipan are icons of the empowerment of free gender expression. They are the harbingers of a much-needed change in society. For me, they are the Transtrenders.

Text and photographs by Adusyanti Chatterjee
Published: 121clicks.com
All images are copyrighted, please don’t use it in your own blog or any digital article without prior permission from the author. 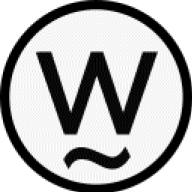 Wowdings is a team of diehard romantic wedding photographers and wedding filmers who are irrevocably in love with love. We have more than 7 years experience in creative wedding business. Based in Delhi. Loves to travel a lot. coffee-lover.